Reaction to Collins' decision to suspend his campaign 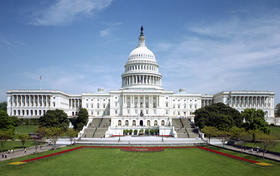 Reacation to the announcement that Rep. Chris Collins, a Western NY Republican, will suspend his campaign for re-election, but does plan to serve out the rest of his term this year:

Monroe County Republican Chairman Bill Reilich issued a statement on Saturday, saying  that he has been in contact with fellow County GOP Chairs from Erie, Niagara, Orleans, Genesee, Wyoming, Livingston, and Ontario counties.

Reilich says it was unanimously discussed that given the allegations and criminal charges rendered against Congressman Chris Collins, "it is for the best interest of his constituents, the people of New York, and the citizens of the United States that Congressman Collins not seek re-election in the 27th New York Congressional District this November."

Reilich's statement also said that, "In light of the allegations levied against Congressman Chris Collins, it is our belief that with so many important decisions being made in Washington we need a representative who can focus on continued efforts to improve our country. While the truth will be determined in a court of law, to have someone facing serious criminal charges continue to campaign is unfair to the hardworking people of the New York 27th CongressionalDistrict.”

"Republican leadership across the 27th district is currently evaluating several highly qualified individuals who will honorably and proudly represent the people of the New York 27th Congressional District," the statement from the Monroe County GOP said.

Jim Maxwell, the Republican candidate in the 25th Congressional District, also weighed in on the Collins' announcement:

“In light of recent events, Congressman Collins was right to step down. From Albany to Washington, public corruption is a problem on both sides of the aisle. This week’s events highlight the need for honest public servants in office that will fight for the folks back home. As your Congressman, I will support legislation that bans members of Congress from sitting on the boards of publicly traded companies."

"Rep. Chris Collins Saturday statement that he is suspending his campaign is the right move for the 27th Congressional District and our nation. With the far-left wing of the Democratic Party lurching toward socialism, we cannot hand Nancy Pelosi and her party another seat. It is imperative that conservative-minded Republicans retain the House. Today's news is a step toward preserving a Republican Majority in the U.S. House of Representatives and continuing President Trump's promising economic agenda for America."

Democratic 27th District Congressional candidate Nate McMurray  on Saturday called  on Collins to resign, saying that “Collins’ decision to suspend his campaign is good news for New York State and good news for America. This will be a trying time for him and his family but the era of corruption he represents must come to an end.”

Democratic leaders in the 27th Congressional District called on Rep. Chris Collins (NY 27) to resign immediately, in the wake of his announcement that he was suspending his re-election campaign. They also decried, what they called, "the corrupt process of suddenly removing him from the ballot, long after the deadline for changing the ballot had come and gone. "

House Democratic leader Nancy Pelosi said that, “Speaker Ryan must call on Congressman Collins to resign.  No person is above the law, not the President nor his first supporter in Congress."