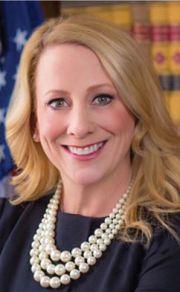 Kitty Karle says she will no longer actively campaign for the office of Ontario County District Attorney.

Karle lost a Republican Primary earlier this month to Jim Ritts, who is currently the Assistant D-A in Ontario County.  Both were running to replace longtime D-A Mike Tantillo, who is not seeking re-election.

In a post on her Facebook page, Karle said that “the voters spoke” and the Republican Party chose its candidate and she must respect that choice.

She lost the GOP primary by about a 55 to 45 percent margin. Karle  won the Reform Party primary, and her name will still be on that line in November and also on the Conservative and Independence lines, but she won’t actively campaign.

Karle is a former Monroe County Assistant D-A who is now in private practice.