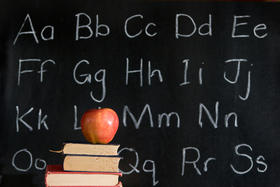 (AP) New York students will sit for the first round of annual Common Core testing this week.

The state has reduced the number of testing days for each subject from three days to two and made other changes in response to opposition that's led large numbers of students to opt out of the high-stakes assessments in recent years.

Supporters, including the group High Achievement New York, are urging parents to have their children take the tests, calling them a tool to track student progress and identify and close achievement gaps.

Others, including Allies for Public Education, oppose the tests because they say they force schools to focus too much on test prep.