A response has been issued by current and former faculty at the University of Rochester, after the university this week outlined steps for an independent investigation into allegations of sexual harassment. 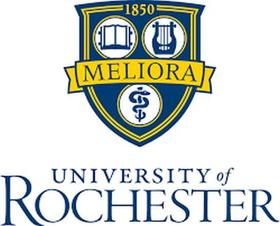 But the people making the complaint are not happy with what has been proposed.

Professor Celeste Kidd is one of those upset with the way the university has handled accusations of sexual harassment against Professor Florian Jaeger. This week, the UR Board of Trustees announced a special committee has been appointed to investigate the allegations made by Kidd and others to the federal Equal Employment Opportunity Commission. Jaeger was also put on administrative leave. He was initially cleared in an earlier investigation by the university.

That committee has retained Mary Jo White, former Chair of the Securities and Exchange Commission to lead the investigation.  Kidd  says that could present a conflict of interest, since UR President Joel Seligman, a historian of the SEC, has publicly praised White and because her law firm works for the university.

“There’s also a clear conflict in the investigatory board being composed of board of trustees that have a vested interest in the PR and reputation of the university as opposed to their primary concerns being the safety and well-being of the students,” Kidd told WXXI News.

UR’s special committee which is investigating the allegations has  issued a statement saying that Mary Jo White was selected because of her impeccable credentials and reputation, and her team’s experience in conducting investigations of this kind. The committee says White’s “track record of integrity is beyond reproach, and it also says that neither Seligman nor anyone associated with the university besides the special committee had any input on the selection of White to lead that probe.

Kidd also says there hasn’t been any input from a lot of the parties that are very affected by this process including university faculty and students. The statement from Kidd and the other complainants says that they are grateful by the support they have received from the UR community and others and they believe it has sparked an important and overdue conversation about sexual harassment.

Alumni at the University of Rochester continue to react to the recent events.

Julia Sklar has been working with a network of alumni on Facebook to solicit signatures stating that those graduates would not donate to the school until more action has been done to address sexual harassment on campus.

For Sklar, she said seeing her school in this light is disheartening.

“It’s more than just an alma mater to me, I would say being a Rochester alum and a BCS alum specifically is central to my identity as a person, so having this news come out I think really hit me in my core that way because it was challenging my sense of self.”

Sklar says the group still plans to send a letter to the board of trustees (even after actions announced by the university this week), and hopes more work will be done to prevent sexual harassment in the workplace at UR as well for students on campus.