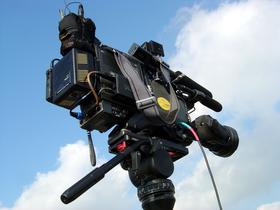 When it comes to how people of color are portrayed in local media stories, there is a disconnect between what community members and the media perceive.

That's one of the findings of a series of polls commissioned by Causewave Community Partners for its Shaping our Stories report. The surveys questioned 550 residents statistically reflective of local demographics and 46 members of Rochester area media outlets. WXXI News participated in the survey.

Three quarters (76%) of local media professionals say their organization places a high priority on unbiased reporting on people of color.  But an equal number of African Americans and 61 percent of media members themselves believe local news stories involving people of color are too negative.   Other gaps in perception were found based on age, income, and gender.

Todd Butler, president and CEO of Causewave, says local media plays a crucial role in shaping people's perceptions of others, probably more so in Rochester than other places.

"The segregation we have in this community really makes it hard for people to have interactions on a regular basis with people who don't look like them,” he said, “and we wanted to reflect on the importance of those media representations and the impact that they have on people's perceptions of people who they don't see every day."

Donna Harris served on the research project’s steering committee. She perceives reinforcement of negative racial stereotypes in Rochester media coverage, but says Rochester is not unique in this way. Harris says the same can be said nationally.

For the Causewave project, 75 volunteers were trained to document and code specific news coverage of five Rochester area media outlets over a 51 day period (December 12, 2017 through  January 31, 2018). The volunteers indicated whether persons of color were featured in the stories and if the stories were negative, neutral, or positive.

2,677 stories were coded. Organizations included in the analysis were the Democrat and Chronicle, WHAM-TV, WHEC-TV, WROC-TV, and Spectrum News.

Volunteers reported that African Americans were overrepresented in the news coverage, compared to their representation in the local population.  Overall, 29 percent of the stories were coded as negative, 39 percent neutral, and 32 percent positive.  The number of stories deemed negative that involved people of color (6%) was similar to stories categorized as negative about white people (7%).

Marisol Ramos Lopez , another member of the research project's steering committee, said what is needed is more open communication between local media and all the various ethnic and racial communities that make up Greater Rochester.

"It cannot all focus on negative stories that feature people of color and positive stories that feature white people,” she stressed, “That is the perception. When you look at the study, those numbers don't necessarily jibe, but where we live in this time of social media, instant news, instant news gratification, perception is really what drives advertisers and drivers marketers."

Causewave vows to continue the conversation and partner with community-based organizations to help them cultivate and pitch positive, newsworthy stories. Butler said there is an opportunity for racial perceptions to be more accurate in media reporting. He is optimistic that progress can be made based on the fact that 76 percent of reporters and editors surveyed said they agree or strongly agree that they have a responsbility to improve racial and ethnic relations in the community.  Butler said Causewave met with leaders at the highest level of local media outlets to share the report and ask for their invovlement.