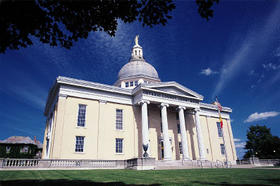 In Ontario County, there were two candidates competing in two different primaries for District Attorney.

Current D-A Mike Tantillo, who has been in office for 28 years, is not running again. His First Assistant D-A, James Ritts, beat Kristina Karle in the Republican Primary by about a 55 to 44 percent margin.

The two candidates also faced off in a Reform Party Primary, and Karle won that primary, 56 to 43 percent.

Karle is also on the Conservative and Independence lines in November.  She is a former Monroe County Assistant D-A, who is now in private practice.