Joel Seligman resigns as UR president 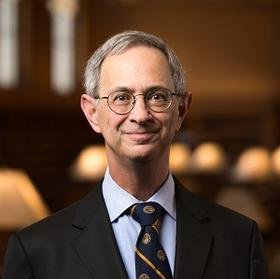 Joel Seligman has resigned as president and CEO of the University of Rochester, effective February 28, 2018. His resignation comes hours after an independent investigation found that while there was no evidence of a hostile work environment in the Brain and Cognitive Sciences department, there was inappropriate behavior by Professor Florian Jaeger.

In a statement, the university says that Seligman notified the Board of Trustees of his decision before the Board, the Special Committee or he had received The Report of the Independent Investigation. An interim president will be named in the near future, and a search will soon begin for Seligman’s replacement.

In a statement sent to the university community obtained by WXXI News, Seligman wrote:

It is clear to me that the best interests of the University are best served with new leadership, and a fresh perspective to focus on healing our campus and moving us forward in a spirit of cooperation and unity. I will look forward to working with the interim President when that person is named, and with a permanent President, once that person is identified after a search process.”

Seligman says that the university “needs a period of healing.”  He also says that after a sabbatical year, he looks forward to returning as a professor.

A letter from Board of Trustees Chairman Danny Wegman thanks Seligman for “your extraordinary accomplishments,”  and says the fact Seligman is resigning is an example of his commitment to the university.

The statement released by the university calls Seligman, “a brilliant, transformative leader…who will long be remembered for substantially expanding academic programs, broadening student and faculty diversity, strengthening the university’s finances and increasing enrollment.

“I applaud Joel Seligman for making the courageous decision today to put the University of Rochester and the community first.  In the various capacities that I have served in Rochester and Albany, I can say emphatically that no leader of the University of Rochester has done more for the community than Joel Seligman.  He has broken down walls and created outreach opportunities from education to economic development, impacting almost every area of the fabric of life in the City of Rochester.  Joel has been a friend and a colleague for many years.  President Seligman has had a profound effect on our local and regional economy as the leader of our largest employer and formerly as co-chair of the Finger Lakes Regional Economic Development Council.   I wish him and the U of R the best as they move forward.  I have full confidence in the University of Rochester Board of Trustees as it works to find the university’s next leader.  Greater Rochester Chamber of Commerce stands ready to assist that process in any way it can.”

In reaction to the news, Rochester Mayor Lovely Warren said in an emailed statement:

"Today’s announcement by the University of Rochester is a positive step forward toward establishing a culture at this important local institution that fosters openness in an environment of respect. I wish President Seligman well in his retirement and look forward to working with the new leadership at the University."

Seligman was named the tenth president of the University of Rochester in July 2005. Seligman oversaw growth at the university including the Golisano Children’s Hospital in 2015. During his time as president, Seligman also served on the Finger Lakes Regional Economic Development Council.

In August, UR was mired in controversy when allegations of sexual harassment were filed against UR and Professor Jaeger with the Equal Employment Opportunity Commission. Two former professors leading the complaint wrote a letter to the UR Board of Trustees claiming the university failed to act appropriately against Jaeger who they say engaged in sexual harassment and created a hostile environment for graduate students. The complaint accused UR for retaliating against those who pursued a complaint through university channels.

Last week, Joseph Irrera, a former student at Eastman School of Music (ESM) spoke about his lawsuit against the university and the chair of the piano department, Douglas Humpherys.  Irrera says Humpherys made sexual advances toward him while a student at Eastman, and when those were rejected, Humpherys retaliated with a failing grade, even though in 27 years of playing the piano, Irrera never failed a recital. The case is still being played out in court.

A lawyer by trade, Seligman was at the Washington University School of Law before coming to UR.