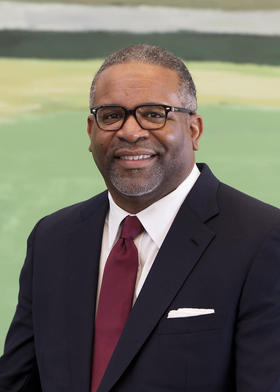 Nine months after installing Gregory Vincent as president of Hobart and William Smith Colleges in Geneva, the colleges will be looking to replace him.

Vincent resigned from his post Friday, effective immediately, after allegations that he may have plagiarized portions of his doctoral dissertation at the University of Pennsylvania in 2004. The announcement of Vincent's resignation came in a message sent to HWS faculty, staff, and students from Chair of the HWS Board of Trustees Thomas S. Bozzuto, and was obtained by WXXI.

In that message, Bozzuto stated that Vincent resigned "in consideration of the best interests of his family and the colleges, and with deep regret that anonymous accusations were a distraction to his presidency and the work of Hobart and William Smith." Bozzuto also noted that Vincent's resignation means the Board will end its investigation into the plagiarization allegations against Vincent.

The allegations first appeared in The Chronicle of Higher Education, a newspaper and website that provides news and information about colleges and universities. The Chronicle received an anonymous email about the alleged plagiarization, as did officials at Hobart and William Smith and the University of Pennsylvania.

That email, which was not sent to WXXI, reportedly claims that Vincent’s dissertation for his doctorate in education repeatedly uses long passages from other works without identifying them as such.

“After a great deal of thought and consideration, in the best interests of my family and myself, and for the love of Hobart and William Smith, I have decided to tender my resignation in order to explore new opportunities,” Vincent said, in a statement that was released by the colleges. “This has been a difficult decision because I believe strongly in the value of a Hobart and William Smith education and the trajectory that we have been mapping during the past year. Given the anonymous allegations leveled against my scholarship, however, and the distraction they have caused, I believe this is the best decision for the colleges and for me. My primary concern is to avoid any further stress to the campus community. I remain grateful for the partnership of the community and wish the colleges well.”

Vincent, a 1983 graduate of Hobart and William Smith, was installed as president in July 2017, replacing longtime President Mark Gearan.

In a statement posted on the HWS website, Bozzuto said, “We are thankful to Greg and his family for their service to the colleges during the past year. I and the rest of the Board respect Greg’s decision and have accepted his resignation with appreciation for his dedication and commitment.”

Bozzuto also announced that Pat McGuire, professor emeritus of economics, will serve as interim president while the colleges conduct a national search for a new president.

Alex Kerai is editor-in-chief of the student newspaper, The Herald. He says students are just trying to process what has happened, and how they should view plagiarism in teh future.

“We are all as students held to these standards of not plagiarizing, making sure everything is cited properly and we cannot have anything out of line in our papers or we get sent to committee and there’s the possibility of failing a class and even expulsion for it . So students were kind of questioning how the institution worked and how this could happen."
Copyright 2018 WXXI News. To see more, visit WXXI News.