Health insurance costs for individuals in NY on the rise

New Yorkers who sign up for insurance under the Affordable Care Act exchanges for individuals will see their premiums rise by an average of 14 percent, now that the Cuomo administration has approved rate increases for insurers in the exchanges.

Part of the increase is due to worries and uncertainties over the future of the ACA, also known as Obamacare. 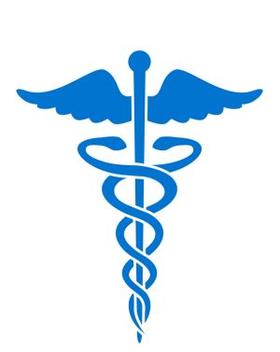 The individual plan increases range from a high of 31.5 percent for Health Now New York, offered by BlueCross BlueShield of Western New York, to a low of 4.4 percent for Excellus in the Rochester area and in central New York.

Don Ingalls, a vice president with BlueCross BlueShield of Western New York and BlueShield of Northeastern New York, said the increase reflects uncertainties over the future of the ACA, as well as the fact that costs are rising, including for doctors, pharmaceuticals and hospital stays.

“We need to increase the prices to cover those costs,” Ingalls said.

Ingalls said his company is not happy that it raised rates, but he said the insurer lost millions of dollars on the health care exchange in the past three years.

“It’s not something we do lightly,” Ingalls said. “Every time we raise prices, we lose members because people can’t afford it.”

Many on the exchanges won’t have to pay the full cost of the increases. They receive tax credits through the ACA, and the Republican-led Congress has so far not succeeded in repealing or replacing the health care law.

The increases will not affect most New Yorkers with health insurance provided by large employers, government employment, or through Medicaid-related state plans. But Leslie Moran with the New York Health Plan Association, which represents most of the insurance companies in the state, said rising health care costs also are a factor for those plans.

“Those continue to go up,” Moran said. “Pharmacy costs are going up by double digits every year.”

Moran said a larger concern, with all of the proposed changes to the ACA swirling in Washington, is to maintain a stable insurance marketplace in New York, where the Obamacare exchange has been relatively healthy, with 17 different plans offered.

“This is intended to keep the market place stable for 2018,” Moran said. “But who knows?”

But she said if big unexpected changes occur, insurance companies do not get a “do-over.” The new rates are locked in for another year.

No one from the Department of Financial Services was available for an interview, but the agency pointed out in its announcement that the rates for individuals are still 55 percent lower than they were before the ACA was enacted.