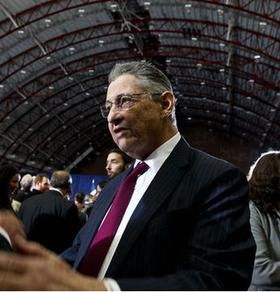 NEW YORK (AP)  A federal appeals court judge says the former leader of New York's Assembly can stay out of prison until a judicial panel decides whether he can remain free on bail while he appeals his sentence for public corruption.

The 74-year-old Democrat was convicted this year of accepting nearly $4 million in return for legislative favors. He was sentenced to seven years in prison.

Hall said the appeals panel can also decide whether to grant Silver's request to delay paying a $1.75 million fine.